Brambles are a common fixture throughout the UK. Growing everywhere from people’s gardens to along pathways and roadsides, there are a few areas where these tough perennials don’t grow. Once a bramble appears the plant spreads like wildfire, to the point where it can be almost impossible to kill and get rid of them!

Brambles, commonly known as a blackberry bush, is a perennial bush that grows throughout the country. It’s recognisable for its long, thorny shoots and for producing succulent blackberries, and while these tasty fruits make a great pie or jam, the bramble plant itself is considered a nuisance in most gardens.

Where do Brambles Grow?

As mentioned, they can grow almost anywhere, although the hardy plant tends to be found in rundown gardens that haven’t been maintained for some time. They tend to grow through anything that gets in their way including shrubs, hedges, garden fences, and even between brickwork and cracks in the ground.

Often just the shoots appear at first and in no time the plant can firmly establish itself in any soil the shoots reach. Once a shoot reaches the soil, it will take root and send even more shoots, allowing the plant to quickly establish unless appropriate action is taken. 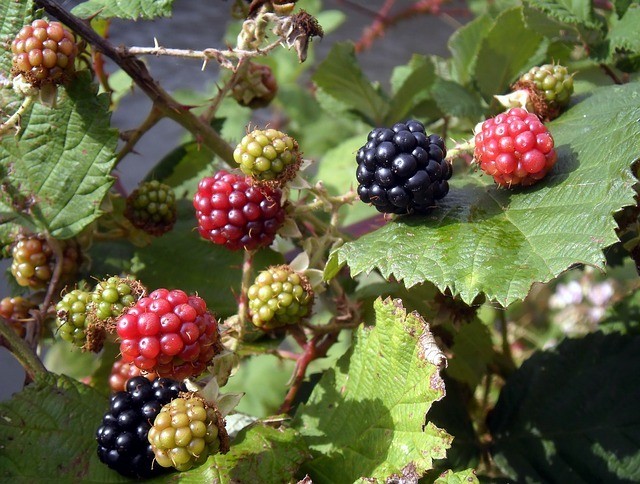 Why Brambles are a Nuisance

Given that brambles produce delicious fruits you might wonder why they are considered such a problem plant in gardens. The truth is these plants spread like crazy and can quickly flood a garden, with the ever-expanding root system taking up valuable space and nutrients in your soil.

Additionally, the thorny shoots are sore to touch so are quite the hazard for children and pets, while even adults will feel the pain if they accidentally touch a bramble plant.

An overgrown bramble plant quickly ruins the appearance of a garden, forcing you to constantly get your pruning saw out of the shed. They spread very quickly and can take over a garden in no time, while removing them permanently can take a lot of time and effort, and even that doesn’t guarantee they’ll be gone forever!

How to Best Control Brambles

The big issue is how difficult they are to control. Once they appear, it’s going to be very difficult to control it, as the shoots spread out very quickly and can easily take root throughout the garden.

In fact, a single shoot can grow up to eight feet in length and it can take root and send more shoots out, so it’s easy to see how they can quickly get out of control. Even if you want the plant for its fruits, it’s important to take steps to control its growth otherwise it will spread to areas you don’t want.

For controlling a plant you are keeping, simply cut back the shoots after every harvest. Cut back as far as you can and don’t worry about removing too much growth – they will regrow in time for next year.

If you find a shoot has spread, you will want to cut it all back and find its root, after which you need to dig into the ground and remove the roots and stump

How to Kill Off Brambles

As a woody perennial, brambles are quite difficult to kill off entirely. If you only cut back the stems and leave the roots, the plant is going to regrow within a year. To make matters worse, the older the plant the more expansive the root system, making it even more difficult to remove completely, as you need to remove all the roots otherwise it’s coming back.

There are a few different methods you can use to kill brambles.

Cutback and Treat with Weed Killer

The easiest way to remove a bramble plant requires some strong weed killer and a good set of trimmers. You want to cut back all the shoots so they are just a few inches from the ground – you may find a strimmer is more efficient if there is a lot of growth to deal with.

Once it’s about six inches from the root, apply a healthy dose of systemic weed-killer (either glyphosate or triclopyr) to the cut ends of the plant and wait for the results to show. You might need to apply a few times, especially if there is aggressive growth around fencing that you can completely remove.

System weed killers go into the root of the plant, making it very effective at killing off the entire bramble plant. That said, regrowth remains possible so it’s important to repeat this process any time new growth appears. Killing brambles off is much easier when the growth is small! 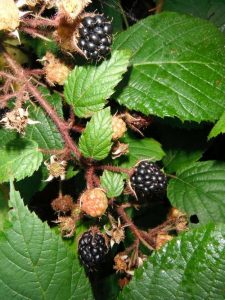 What About Natural Weed Killer?

Yes, you can use a homemade weed-killer to kill off the plant, although it may not be as effective as chemical products.

To create a natural weed killer, simply combine a few litres of vinegar with salt, add a small amount of liquid soap and leave for a few minutes to combine. Apply this mixture to the shoots and around the base, then wait for results.

It probably won’t work on large brambles but can be a good way to stop smaller plants from spreading.

Cutback and Dig Up

If you don’t want to use a chemical weed killer you simply cut back the entire plant and dig it up from the roots. This will take more time and effort, while there is a chance you will miss some roots if there is extensive growth below the ground.

Still, it is an effective form of removal and should get rid of most of the plant. It also works well for younger growth, so it is great for getting rid of the plant before it gets a chance to spread.

Cut back all the shoots and runners just like with the previous method, but this time you are going to dig into the soil and remove the roots and stump. Make sure you get all the roots in the soil, as even the smallest amount can quickly re-establish and spread over the year.

Again, you won’t remove all the growth if there is a lot of brambles, although you can remove most of it and then quickly remove new growth.

Remember, digging may be the best option for removal depending on where the growth is. For example, if they are growing through shrubs, flower beds, or near a lawn then you may want to avoid weed killers as these could damage the other plants. 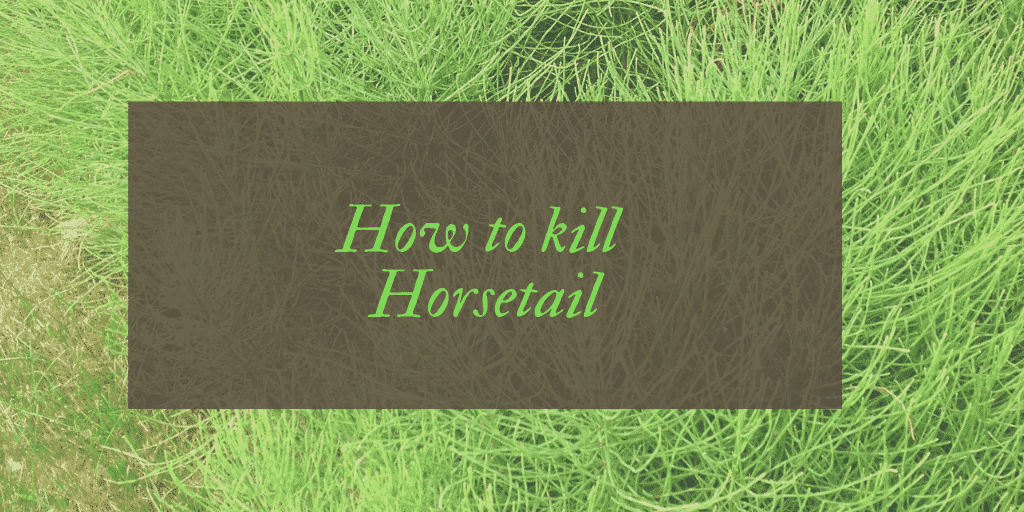 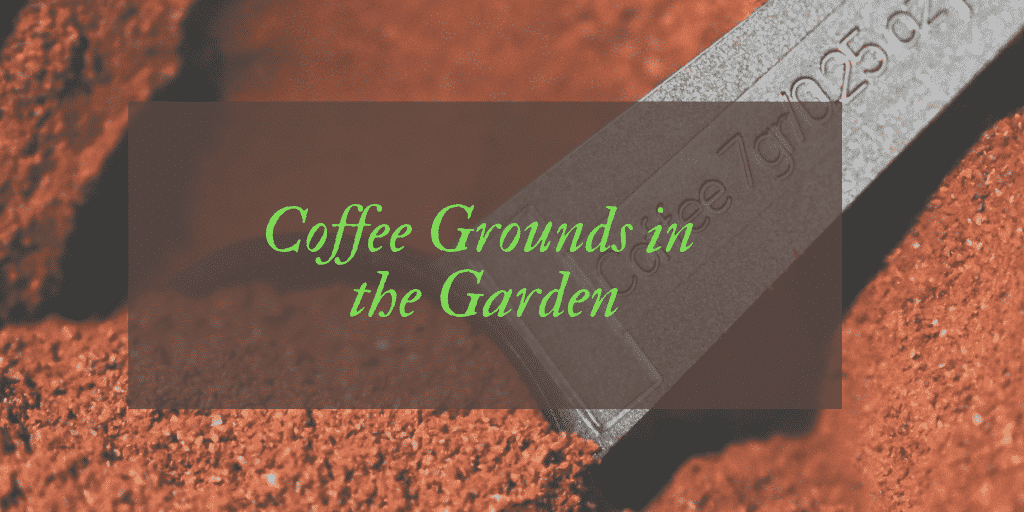 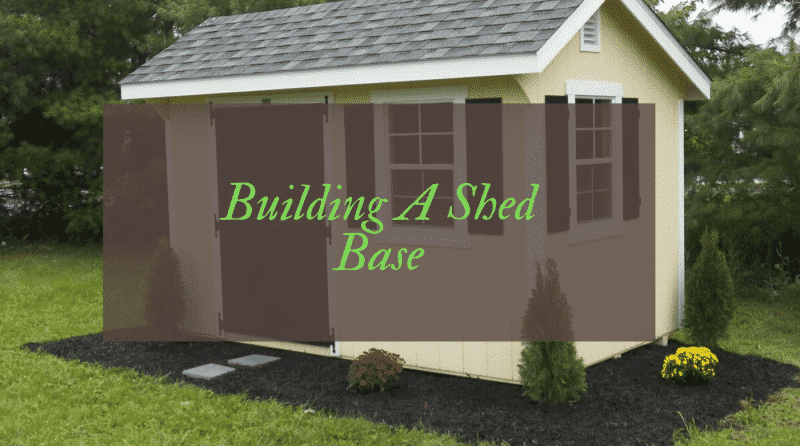 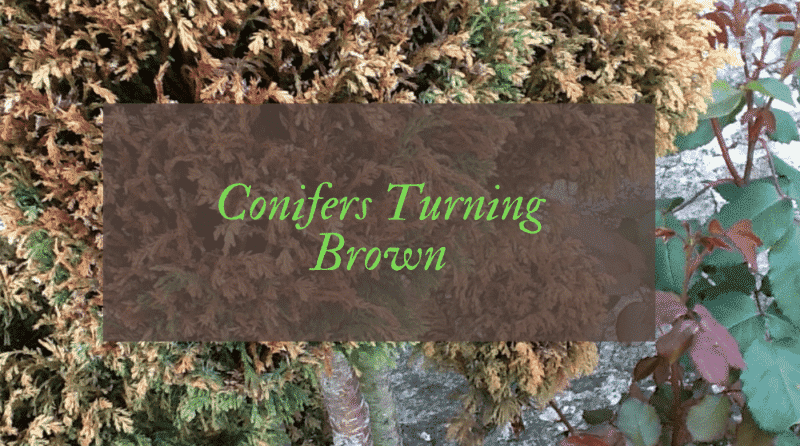